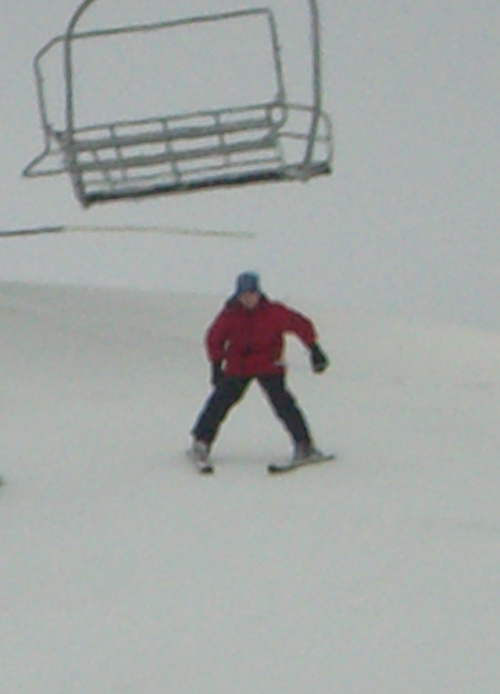 Posted by Allen Goldberg at Tuesday, December 27, 2005 No comments:


We went to the Redskins game today. They beat the Giants. Jack and Uncle Bill and I went with Rich and Jake. I wish Joe could have gone. He would have loved it. 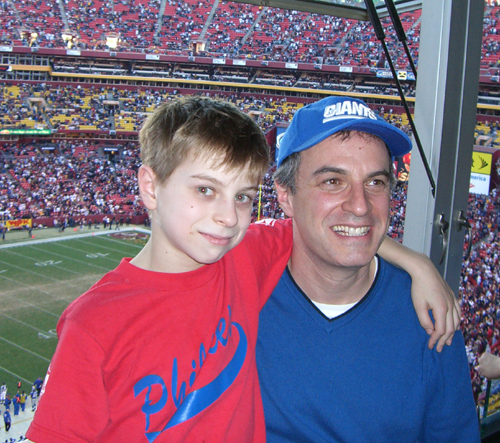 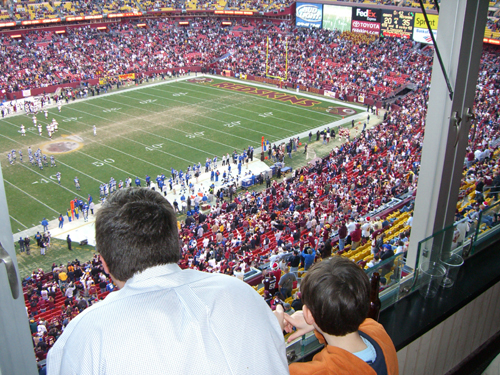 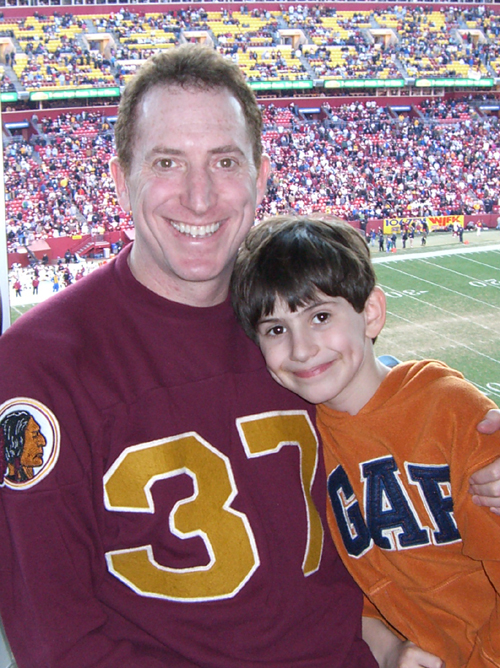 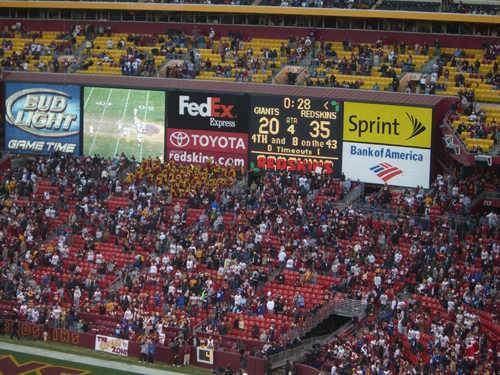 One more game and the Redskins can be in the playoffs.

Posted by Allen Goldberg at Saturday, December 24, 2005 No comments:

Email ThisBlogThis!Share to TwitterShare to FacebookShare to Pinterest
Labels: Redskins


I stopped writing to you a few weeks ago. I don't really know what that means, but I've been trying to figure it out. Maybe I am at a different place in the whole being sad process. I do think about you all the time. You are my constant companion.

I will throw stuff up here time to time, but probably nothing like before.

Posted by Allen Goldberg at Thursday, December 22, 2005 No comments:


Right down to "superhero" Trent sounds a lot like you. I can't imagine how these parents feel losing two sons. The night before your death day last week I dreamt that both Joe and Jack died. I remember in my dream that I didn't know how to tell people. It was too hard.

Today is my birthday. It'll never really be a "Happy Birthday" without you around. I miss you.

Teen touched many in his short life
Grand Prairie: He's called a superhero for staying upbeat in face of illness

GRAND PRAIRIE – Trent Parum's short life was defined by illness, but what will stay with his parents was his zest for living.

From left: Trent Parum's brother Matt, mother, Sally, and father, Mike, show a photo of the 16-year-old, who died Dec. 6 of Fanconi's anemia, a genetic disease. "Despite the overwhelming physical difficulties and impediments he suffered, Trent made do with what he had and enjoyed the things he could do," said his father, Mike Parum. "He didn't dwell on the things he couldn't do."

Only a few weeks earlier, Mr. Parum took his son to a showing of Harry Potter and the Goblet of Fire. It didn't matter that Trent was blind and couldn't see the screen.

"He loved the Lord of the Rings and Harry Potter movies," said his mother, Sally Parum.

Trent, the youngest of three sons, was diagnosed in 1990 as having two life-threatening illnesses – the Fanconi's anemia, a congenital disease that affects the body's ability to produce cells, and acute lymphocytic leukemia. A bone marrow transplant resulted in the graft-vs.-host disease that scarred Trent's corneas and eventually robbed him of his vision.

Tests showed that Trent's brother Brett, who was three years older, also had Fanconi's anemia, which is genetic. Doctors suggested doing a bone marrow transplant while Brett was still healthy, but his body rejected the graft. He was 7 ½ when he died in October 1992.

Although chemotherapy cured Trent's leukemia, the Fanconi's anemia continued to affect his body. He never grew beyond the size of a 4-year-old, and his lung capacity diminished over the years, forcing him to use a wheelchair to conserve oxygen.

But somehow Trent remained upbeat and positive, said Larry Keirn, pastor of Turnpike Church of Christ, where the family worships.

"It didn't matter what came his way, Trent always had a great attitude," Mr. Keirn said. "It's hard to imagine with all those health problems, but what we'd think of as being limiting, I don't think he thought of that way."

Trent was a superhero, said Travis Dosier, a friend since preschool. But Travis also remembered doing normal kid things with Trent and his brother Matt, now 22.

One of his favorite memories happened when he and Trent were about 8 years old.

"Me and Matt used to go outside at night, and Trent would go out and pretend there was a monster," said Travis, 16. "He'd holler, 'There's a vampire!' and we'd all run back inside."

During a memorial service at Turnpike Church of Christ on Dec. 9, Trent's infectious smile and keen sense of humor were mentioned repeatedly.

Family friend D. Gene Strother said he would tell Trent, " 'I want to be like you when I grow up.' He'd say, 'You couldn't be like me because you'd never be as good looking as me.' "

Trent learned Braille to keep up with his studies at Grand Prairie High, where his mother teaches language arts. Although some of the math classes were beginning to challenge Trent, Mrs. Parum said, he excelled at English and history.

"He was just very intelligent and full of energy," said principal Rose-Levy Brenner, who also knew Trent when he attended Adams Middle School. "I think he touched a lot of people's lives in ways he didn't even realize."

In August, two weeks into the school year, escalating lung problems forced Trent to begin homebound studies. A few weeks ago, his father talked to him about the future.

Mr. Parum wondered what would happen in another 50 years.

"So he was very much aware of his health, but he never complained."

Posted by Allen Goldberg at Sunday, December 18, 2005 No comments:


We went out to the cemetery on your death day, December 11. It was dreary. And sad. But Mom did what she does best. She made the sun shine. She said, "Let's make a snowman." One snowman turned into three. One for you, Jack and Joe. 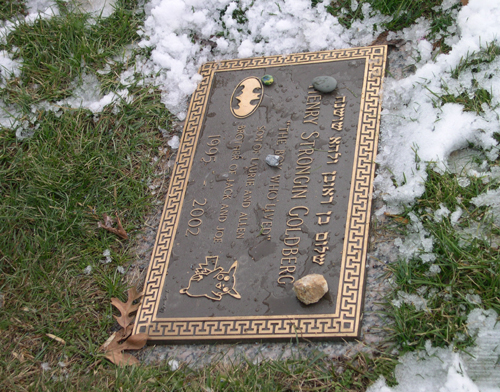 A lot of people are sending us their holiday cards right now. They have pictures of the family or just the kids. Everyone always looks perfect. I always wonder how many pictures you have to take to get everyone smiling or looking at the camera.

If we sent out a holiday card, I'd want this to be it. We are all here. 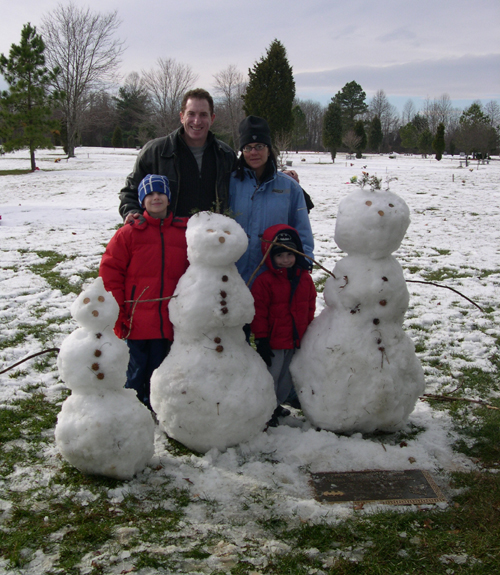 Mom said the other day that had you lived our lives would have been perfect. We would have everything. 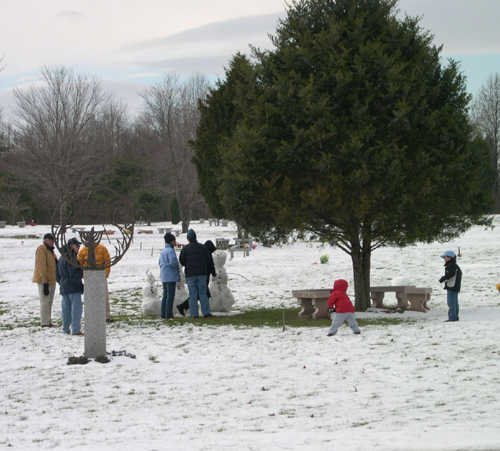 Posted by Allen Goldberg at Thursday, December 15, 2005 No comments: