This is Jack's homework from the other day. Here is a bit of what he wrote.

1. How did the following people show courage.

Me. When I was sticking it to the man.

I think Jack picked that up from this movie we watch all the time called School of Rock. It is definitely one of my favorites of all time and Jack loves it too.

2. Who do you know that has shown courage.

My brother Henry has shown courage because he eventually knew he was going to die but he just kept on going.

Jack has shown a lot of courage too -- and not just when he was sticking it to the man. 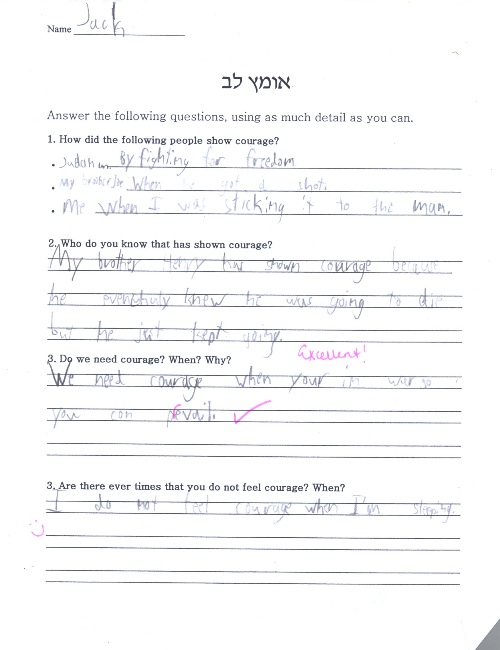 Uncle Bill (Uncle Stinky) and Cristina had a baby girl! Here name is Sophia. Now Isabel and James have a little sister. Everybody is doing great. 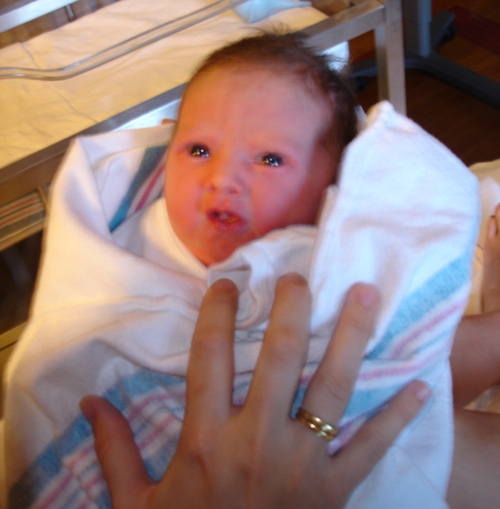 Email ThisBlogThis!Share to TwitterShare to FacebookShare to Pinterest
Labels: Bill and Cristina 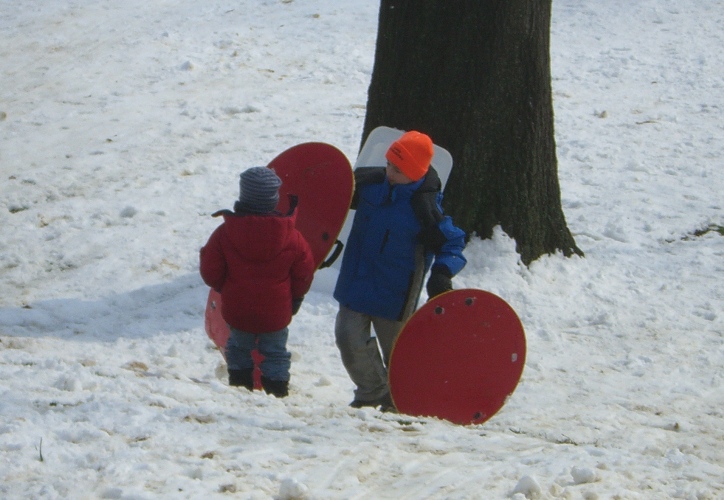 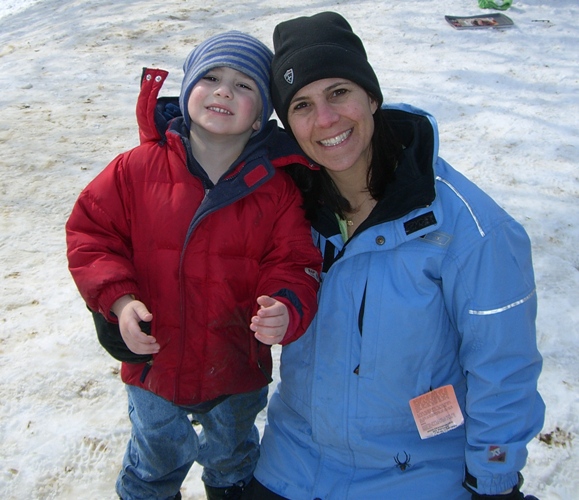 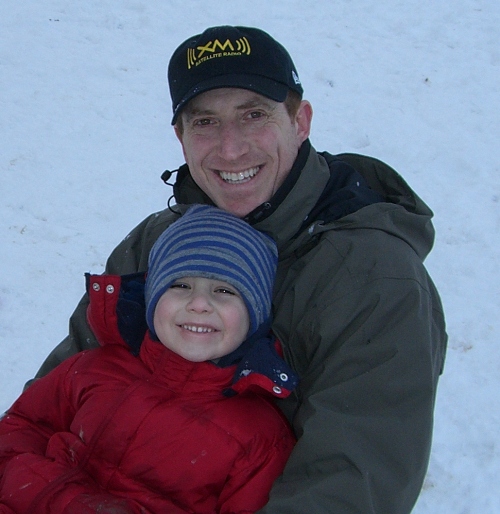 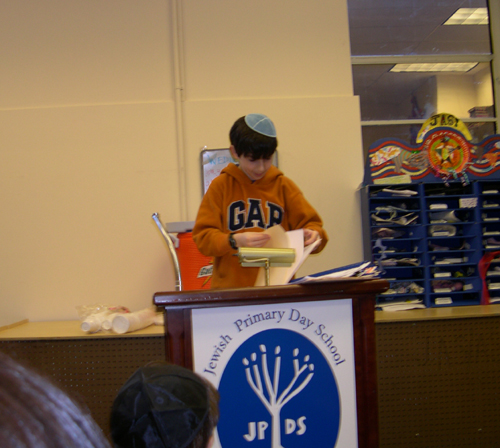 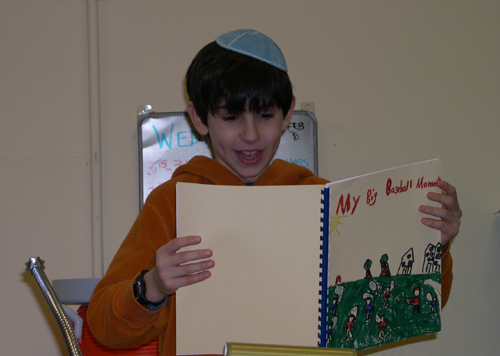 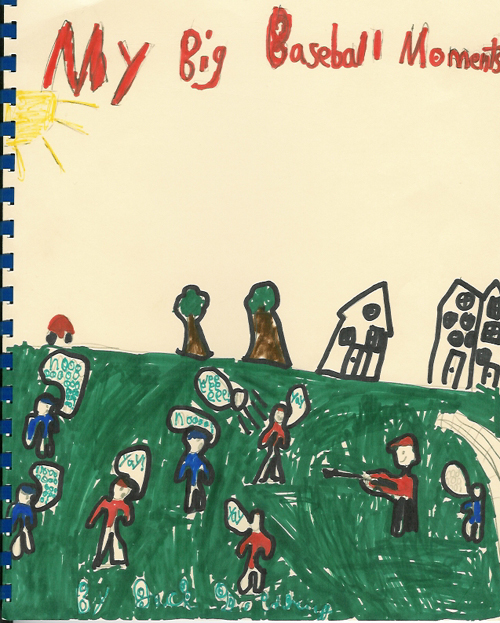 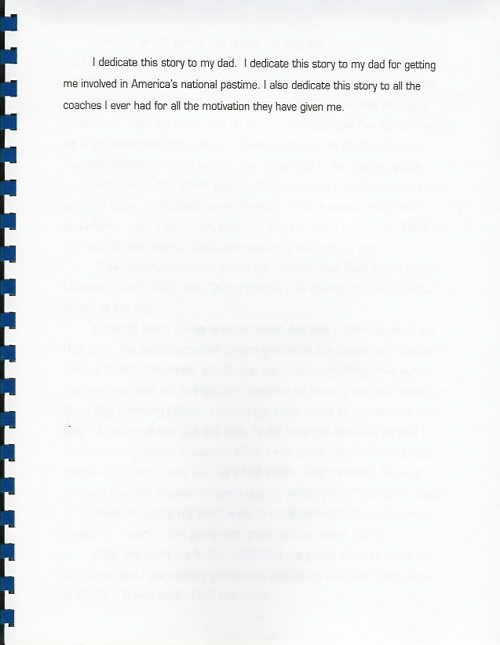 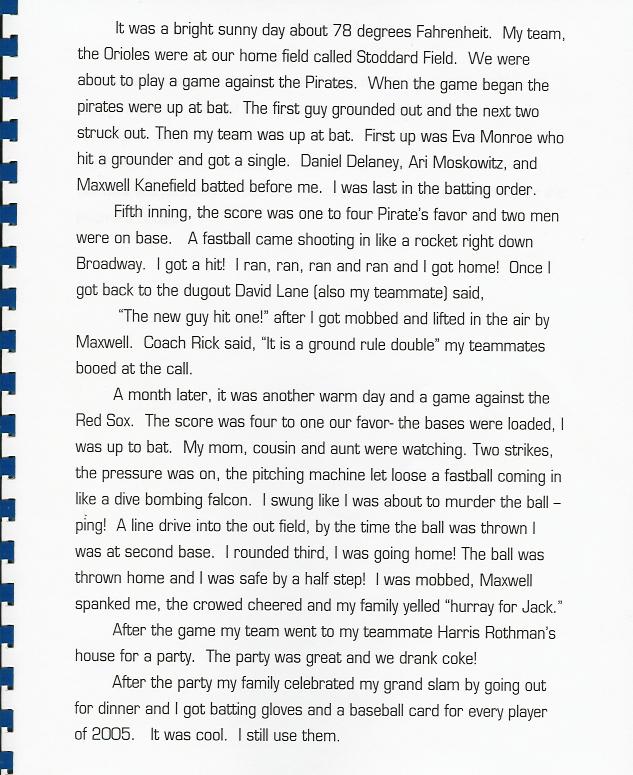 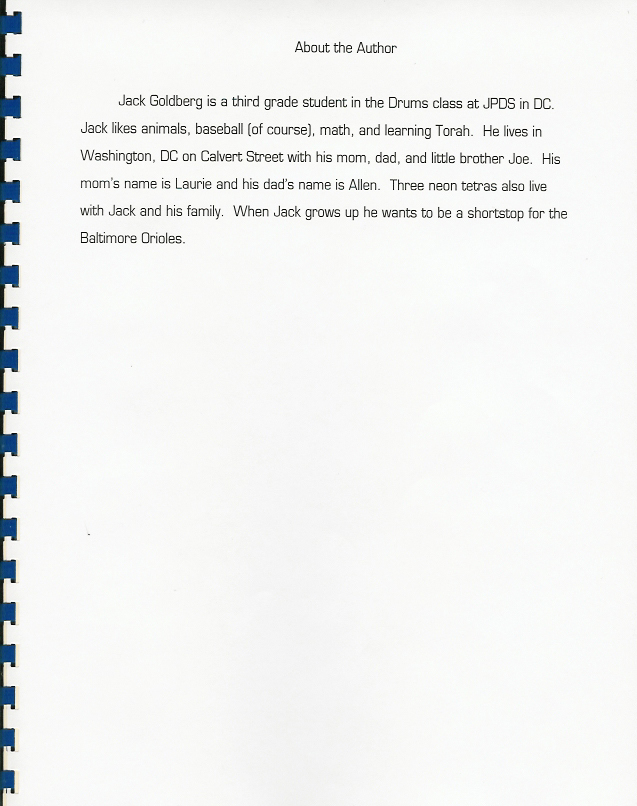 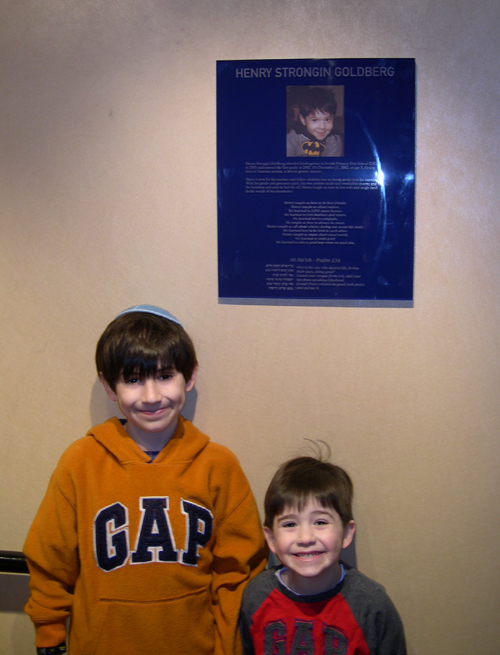 I made a plaque that talks about you that the school was nice enough to hang on the wall. It has a couple of things on it. It has your picture. It has the list of things that your class learned from you. And it has Mi Haish, the psalm that has the line that makes me think of you,

Me ha-ish hefafetz chayim, Ohev yamim lirot tov
Who is the one who desires life, loving their days, doing good?


This is very cool. I should get to work on that bike ride for Hope for Henry that I said I want to plan.

Fanconi anemia killed her son, Jake. Now she's driven to save others

When Jake Shearer was diagnosed with Fanconi anemia three years ago, his family had never heard of the rare disease.

They learned there is no cure for the genetic illness, which affects perhaps 500 U.S. families, at least seven in Oregon.

And the family could not find a perfectly matched marrow donor to offer a stem-cell transplant, the best treatment for the illness. After months of looking, Jake got an imperfectly matched transplant. But he died several months later, in October 2003.

Now Jake's mother, Portland resident Peggy Padden, wants to help erase the obstacles her family faced after his diagnosis. For the second consecutive year, she has organized a walk and run around Valentine's Day to raise money for the Eugene-based Fanconi Anemia Research Fund. She hopes the event Sunday will educate people about the disease and support research into better treatments, including gene therapy.

The fundraiser includes a drive to register new marrow donors, increasing the odds for patients to find a perfect match. That could help people facing a wide variety of diseases treatable with marrow donations.

The drive could also help her youngest son, Spencer. The 18-year-old Grant High School senior also has Fanconi anemia. He's very healthy now. But Fanconi anemia is a relentless disease, and he probably will need a transplant one day.

"We want to keep looking to find a match for him and other people," Padden said. "Most of us have decided to donate our organs when we die to save someone's life. And with the bone marrow registry, hopefully you can save someone's life while you're alive."

Fanconi anemia is a failure of one of the body's basic systems for repairing strands of DNA, which commonly break as cells divide. That causes the bone marrow to stop making new blood cells, greatly increases a person's risk for cancer and sometimes causes birth defects. Most patients die by their 20s.

The disease strikes people who inherit flawed copies of a Fanconi gene from each parent. In the past 14 years, scientists have found 11 different genes whose mutations can cause the disease -- one of which is identical to BRCA2, a gene linked to breast cancer.

Much of that research was at least partly funded by the Eugene-based research fund, started in 1989 by University of Oregon President David Frohnmayer and his wife, Lynn. Two of the couple's daughters died of the disease, Katie in 1991 and Kirsten in 1997. Their third daughter, Amy, 18, has the disease.

"I remember reading about them" years ago, Padden said. "I just couldn't imagine anything worse, especially two children."

The Eugene foundation is funded largely by donations raised by the Frohnmayers and other families with Fanconi anemia, Executive Director Mary Ellen Eiler said.

Last year, more than 140 families nationwide held golf tournaments, casino nights, auctions and other fundraisers, she said. Most of those events raise $500 to $5,000. So Padden's first 5K last year, which raised $12,000, represents a large amount of money for the fund, Eiler said.

Padden said she planned last year's run in just six weeks. Still, the event drew 235 people -- a number she hopes to top this year. An elementary school teacher, Padden has started working half time, freeing up hours to raise awareness and funds for Fanconi anemia research. She gets help from her husband, Glen Shearer, and from Spencer and her middle son, Conor, who does not have Fanconi anemia.

Padden hopes to expand the race to other cities in coming years, like the Race for the Cure, which benefits breast cancer research. With Fanconi science advancing rapidly, she said, "Research is where our hope is. . . . Gene therapy is our absolute dream."

Gene therapy probably can't fix every problem with Fanconi anemia, including cancer risk. But scientists think they might be able to use genetic treatments to prevent or fix bone marrow failure, the disease's main cause of death. Now, a transplant is the main treatment for marrow failure. And the transplants are risky, especially without a perfect marrow match.

For a brief, exciting time, Shearer's family had a perfect match for Jake: his brother Spencer. Only when doctors started testing Spencer further did they find low blood counts, leading to his diagnosis.

"It was really pretty hard to believe," Spencer said. "It was more hard with my brother than me."

Spencer said he feels good now, and rarely thinks about his illness -- mostly when he goes for blood tests every few months. He is finishing high school and looking forward to college, hopefully at the University of Oregon or the University of Hawaii.

Jake was studying computer science and fine arts at Carroll College, in Helena, Mont., when he grew ill, Padden said. He was engaged to be married and had recently started running.

"He was just an absolutely wonderful person. He loved life. He was interested in just about everything. He was happy, kind, curious," Padden said.

She thinks the fundraiser would make him proud.

Posted by Allen Goldberg at Monday, February 06, 2006 No comments:

I went to Detroit for the day on Friday. I spent a lot of the day thinking of you. I left out of the small Northwest Airlines terminal where you and I left Washington for the last time. When I got to Detroit I kept remembering back to all of the times that I flew (and drove) there to bring cells to Dr. Hughes. That trip to Detroit was the only way that I physically helped to save your life. It wasn't much, but I was glad that I had something I could do. 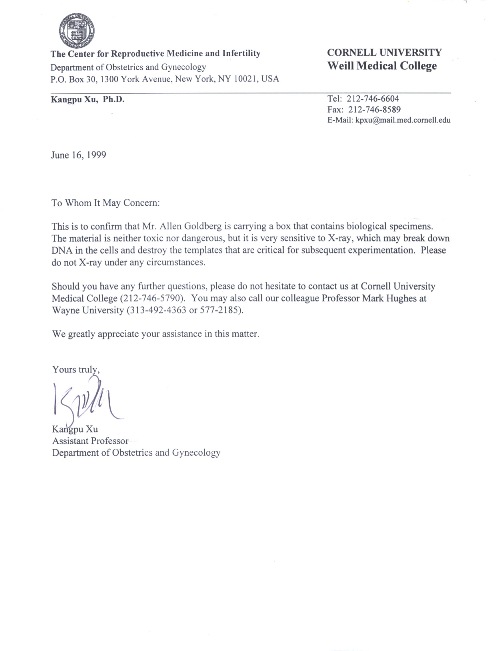 This is the letter - I have a whole bunch more like it with different dates - that I used to carry with me to help me get through airport security. I still always think back and get bummed out about the fact that they made me go through such a thorough screening when I was taking you to Minnesota that last time right in that very terminal. I was carrying you. You were so frail. Couldn't they tell I was just a dad with a sick kid.

On my way out of the garage at National Airport on Friday night, I stopped to pay for the day of parking. The woman in the booth was smiling and singing along to the radio. I asked her what she was listening to. She told me that she lost her daughter and that makes her sad. She listens to music and sings along to be happy. She told me that she and her daughter came to America from Ghana, and her daughter graduated from college and was about to start working when she died.

I said that I was sorry for her and that I know how she feels because I lost my little man. I told her that you were seven when you died.

That night I had the weirdest dream.

I was with someone, I don't know who, and we were going to meet you and Mom at the clinic. I was upset on the way there because I was thinking that people weren't being concerned enough about making sure you didn't get sick. We needed to be more worried about the fact that you were immunce compromised.

When I got there, you were tall and older and I didn't recognize you. You were running in a loop around the room and one of the doctors was running behind you. The doctors told me that they had removed some of your tubes and lines, and since you were getting better they had you running to get you stronger.

I wanted to get in on the action and help you get stronger. I tried to chase after you and tackle you so we could wrestle just like we used to do, but I just couldn't catch you.

Posted by Allen Goldberg at Monday, February 06, 2006 No comments: