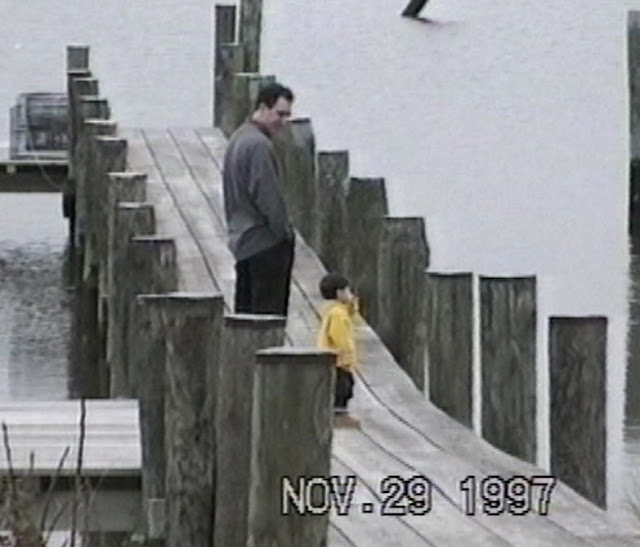 Posted by Allen Goldberg at Sunday, November 29, 2009 No comments: 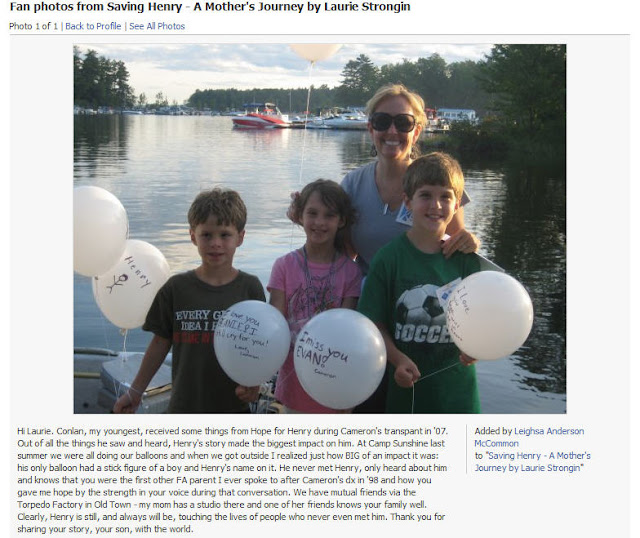 Posted by Allen Goldberg at Saturday, November 21, 2009 No comments:


The night we left for Ohio to go to Sam's funeral Mom told me about a visit your brothers had with their doctor earlier in the day. It seems that Joe has an irregular heartbeat and his doctor wanted us to visit your cardiologist, Dr. Hougen. I thought we were done with him. I asked mom if she thought that he knew you were dead. He and Dr. Jonas did a great job patching you up for a long life.

While we know it won't be anything - right, it wasn't fun to revisit the wearing of the vest.

We remember when you had to do this. It recorded your heart beat for 24 hours or something like that. You had something, though.

What you didn't have was a 2009 Mark Teixeira World Series jersey. Your lucky little brother scored big when I had to travel to New York for work while the Yankees were in the World Series. My hotel was just around the corner from the Yankees store on Fifth Avenue so I popped over there and got him a jersey. I can't help myself from spoiling those two brothers of yours. Funny thing is when I was on the train up there the conductor went through the car asking if you were a Yankees or Phillies fan. They gave you a t-shirt depending on what team you were supporting.

I think I've said this before to you that I sometimes wonder if your brothers are any relation to me. I come to this question by looking at the laundry. There are never any socks for Jack no matter what the weather. It could be 20 degrees below zero and the middle of winter and I won't be washing any socks because Jack is wearing flip flops.

The other thing that convinces me that your brothers spawned from aliens is that their pants - if you can call them that - are all 100% polyester. Wearing those would be like nails on a chalkboard for me. But when I try to introduce the idea of wearing jeans I am met with icy stares. How dare I suggest something so absurd.

But then looking at my own t-shirts I realized that maybe, just maybe they share my DNA

I was folding the laundry this morning and realized that everything you need to know about your brothers you can learn by reading their t-shirts.

Wonder what yours would have said.


Jack, Mom and I met for the first time with the rabbi to discuss Jack's bar mitzvah. Jack's portion is the story of Joseph and his dreams. We talked about what Jack might talk about at the service. We spent a lot of time going over what happened when Joseph decided to teach his brothers a lesson by threatening to make Benjamin a slave for stealing. I started thinking about Jacob thinking he's lost two sons. I thought about Abraham thinking he was going to lose Isaac. And I thought about you. I said to the rabbi that I thought that these tests were overly harsh. He said that it is an important part of Judaism to teach that life is hard. It was all too much for me. I was getting very emotional and very sad. I was pretty tired because Mom and I had flown in really early in the morning from Los Angeles. I said that maybe Jack could focus on the dream part instead and then I just shut up and let everyone else talk and work through these things.

Posted by Allen Goldberg at Wednesday, November 04, 2009 No comments: