When I looked at the clock this morning it said 3:31. I woke up because I wasn't liking my dream. At all. I found you. I was so excited to tell Mom. I found you in a tunnel under the ground. And at its end, the tunnel opened up to the light.

I read a story in the paper yesterday about funerals. It said that people should plan their funerals when they're alive to save their family from having to do it. It said some people build their own coffins. I wonder if this is why I had the dream.

In the dream I had on Friday night I was starting medical school. Wherever it was it looked like the 1950s - old, a lot of wood and kinda dark. I was excited and scared. I was scared because I am not very good at math.

We went to the cemetery two weekends ago. It was Grandma's yarzheit. I bought two bunches of flowers to put on your graves.

It was so windy -- there were 50 mph gusts -- that I had to put your flowers under a really big stone. I kinda buried them. I was the only one who dressed for the weather. Mom and Jack and Joe were pretty cold from the wind so we only stayed a few minutes and then jumped back in the car to warm up.

Jake, David Lane and Cousin Sam have all slept over recently.

When I was driving the babysitter home - we have these really nice students from Georgetown University, Carolyn and Jenny, who switch off watching the guys after school and babysitting - she said to me that David Lane is really nice and he is good with both Jack and Joe. Mom and I have noticed the same thing. He gets along and plays with your brothers both really nicely. That is how Mom and I think you would have been.

Chuck has a book coming out. Rich is having a book party when we get home. Very excited for him. I am looking forward to reading it. The book is called The Day Freedom Died. 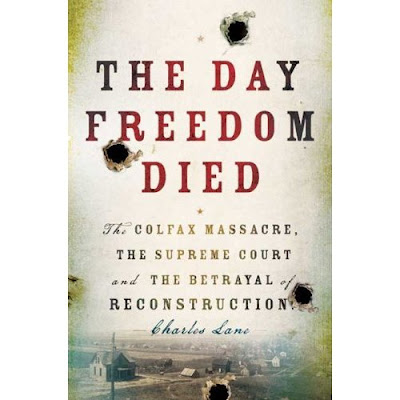 Last weekend we went to a performance at Strathmore which Shelly and Mike wrote. It was about the first ever African American opera company. We just went out with them to Cactus about a week before that. Nick and Jeffrey have grown up into really terrific guys.

Joe plays chess. Remember how you and Jake played online. Joe, as usual with him, wants to play from the second he gets up right up until the moment he closes his eyes to fall asleep. Mom indulges him. Me, I don't have Mom's patience, so when I don't feel like playing I set him up on my laptop so he can play against the computer. I started out on the "easy" setting and he quickly moved to "hard." I think he is pretty good.

Joe refuses to take any kind of lessons, swimming, riding a bike or skating (I am writing this at an iceskating party for a friend of Joe's, Gigi. Mom says he needs lessons but he doesn't want any. He does want to take guitar lessons. Jack taught him Smoke on the Water. I wonder if you had musical talent. I don't have any; Mom does. Maybe you got that from Mom.

Paula, Andy, Emily, Sam, Jacob and Joey came over for Shabbat dinner on Friday. Andy played our piano and it was awesome. Emily and I sat and read while listening to him. The boys all played video games and Mom and Paula chatted.

Ken and Suzie and Eli, Evie and Samara came to stay with us a couple of days last week. The last time we saw them was when we were up in New York in November and everyone was pretty sick. They stayed at our house and went to see the monuments and the museums. One night we went to Cactus for dinner. Eli played chess with Joe. I think they all had a good time.

I read something the other day about a song. In it the songwriter says he needs to remember not to start a sentence with "remember." I had a girlfriend who, after we broke up, once said to me, "don't reminisce." I don't understand that. I do remember exactly where we were when she said that. We were in my car driving up Wisconsin Avenue around Tenleytown. I believe she was saying that I shouldn't romanticize the past. I think she meant we were over, so it wasn't worth talking about. But that isn't me. I am always thinking about the past. But thinking about the past and not living in the past are different things.

On Tuesday we are going away with Richard and Helaine. Nana is going to come over and stay with your brothers. It is our 4th year doing this. I like traditions. Having done this for so many years, we now know exactly how long we can go away before we go crazy missing your brothers.

Jen Klein told Mom she went to a funeral of a kid named Henry. His little brother is Jack. Pretty sad.