Hen, this is something I started writing a while ago.

I am writing to you high above the earth. I am on an airplane flying to Los Angeles. We are flying straight into the “season of sadness” which is October (your birthday) to December (your deathday). This is the time of year where feelings about you are intensified – which means in this case, they get stronger. Just the other day I was on the bus on my way home and I started to cry.

Here is what happened… I was listening to Bruce Springsteen and thinking about how Jack is going to go to his first rock concert. If you haven’t guessed, I am very excited for him. I quickly switched to thinking how this would have been your first real concert too. You went to see Lucinda Williams once, but you were in a car seat so that doesn’t really count.

In Mom’s eulogy she said you were the encore of a Springsteen show.

Then I clicked around on the iPod to find this band I like called Marah. Mom and I went to see them the other night in Virginia. I have a short attention span and switch between songs the way I switch channels on TV. They have a song called Crying on an Airplane. That made me think about all of the times that I have been on an airplane and started thinking about you and ended up crying. I don’t know if it is looking at the clouds or feeling just very alone, but I have these “Henry Moments” where I feel close to you and very sad at the same time.

Mom told me how she ended up crying the other day. I think she described to me the “progression.” Here is how it went. We were having everyone over for to eat on Sunday morning, more on that later, and Mom was thinking what to make. She thought about something that Beth (Oh Dear) cooks for brunches and that made her think about how you used to call her “Bethie.” That’s all it took.

A few days ago, opening up the computer made me sad. I looked at the photo on my desktop of Mom, Jack, Joe and me at the National’s game when the computer screen warmed up. We all look so happy and we are. But you are so missing.

Then the other night at dinner. It wasn’t that we were all so happy. It was just that you and your personality were missing. We were all sitting around the table and talking and I felt that you were not there. You were the perfect fit between Jack and Joe. You would’ve kept the peace. It’s like a three-legged dog. He gets around okay but you're very aware that something is missing.

And then there was last weekend. I did that 100 mile bike ride I have done the past couple of years. Steven broke his wrist so he couldn’t make it, but Jake’s dad, Richard came. We drove in the Defender to St. Michaels and met Mom, the guys and Nana and Papa. The weather was fantabulous. Here is a picture Mom took. 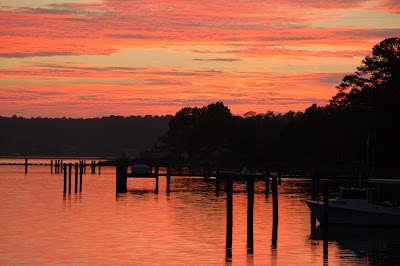 Driving around in the Defender without the top on has been a blast. It is not a very sensible car, but it is a very fun car. Thanks to the drought -- which means it isn't raining -- and how warm it has stayed, we have been able to drive around “topless” for a long time now. Mom and Jack and Joe love it, and that makes me very happy. Jack wants us to get a license plate that says, "Ha Beast," which would be Hebrew for "The Beast." I may do that.

There are no airbags so Jack and Joe are okay to sit in the front seat. I have taught them the whole concept of "Shotgun." If you want to sit in the passenger seat in front you need to call "Shotgun" when you are in sight of the truck. There is a lot of competition for that front seat, but the back is pretty cool. There is a middle seat, but there are also benches on the side and you get to sit facing in.

I bring this up a lot, but I am glad that Mark sat you in the front seat of the car when he took you out for pancakes.

I think I know why Mom is really into the truck. Here is a picture of the jeep that Mom always told us about. The one that they had at their farm in Virginia when she was growing up. It feels like we are repeating history. 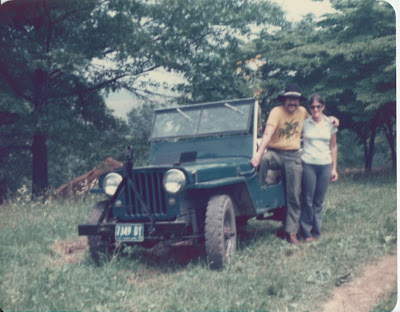 And you have to remember this picture. It is in the living room. It is one of my favorites of Mom from growing up. Not sure I ever noticed the jeep behind her. 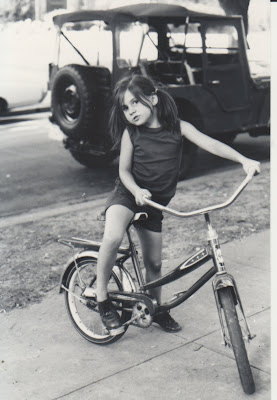 The next morning Richard and went to Salisbury for the bike ride, and Mom and the guys had a lazy day with Nana and Papa. The weather was beautiful. It has rained terribly the last two years, so this was especially nice.

Richard and I rode faster than I have before. He was great at pushing me. Sometimes you need to get pushed.

After the ride we drove back to Washington because it was Joe’s birthday. It was quite the perfect, busy - usual - weekend.

The more perfect it is the more I think of you. They are twins.

I have more that I have written and I will put that in another post.