We went to St. Michaels for Memorial Day. We are very fortunate. I don't take any of this for granted. 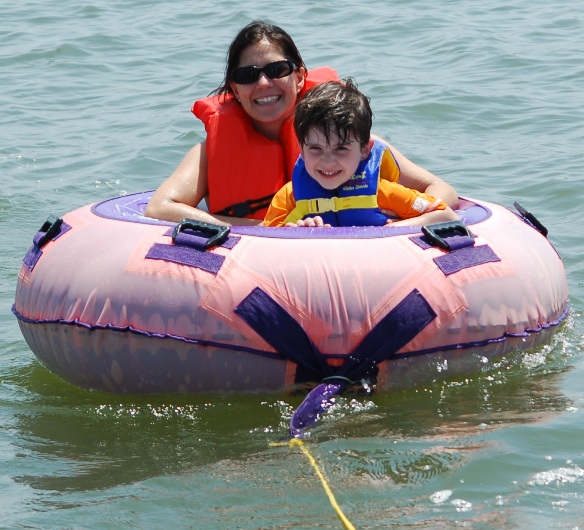 We spent a lot of time at the pool and on the water because the weather was perfect. Uncle Andrew and Aunt Tracy and Emma and Sam were there. 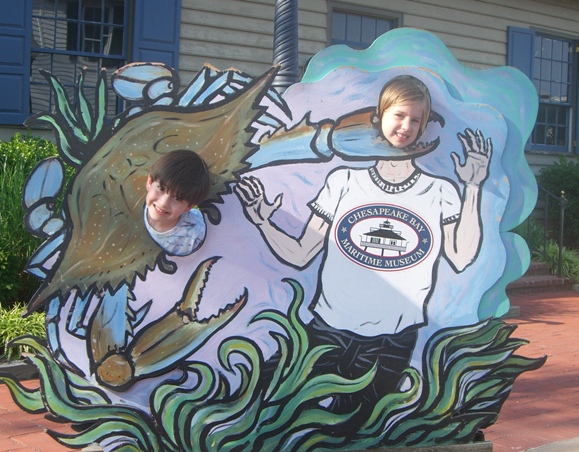 This is Isabel and Joe at the Maritime Museum outside the Crab Claw. 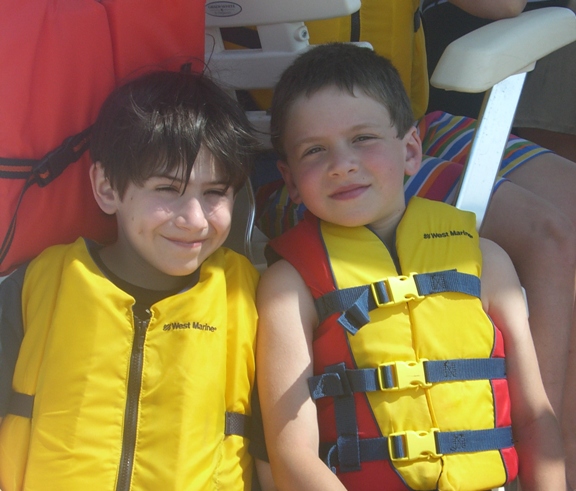 Here is a picture of Jack and Cousin Sam.

Uncle Bill and Cristina and Isabel and James and Sophia stayed over too. We also had a visit from Cousin Catherine and Tim and their little girl, Sarah. She is a total cutie. It was nice having all of those people together. We had other visitors come by. 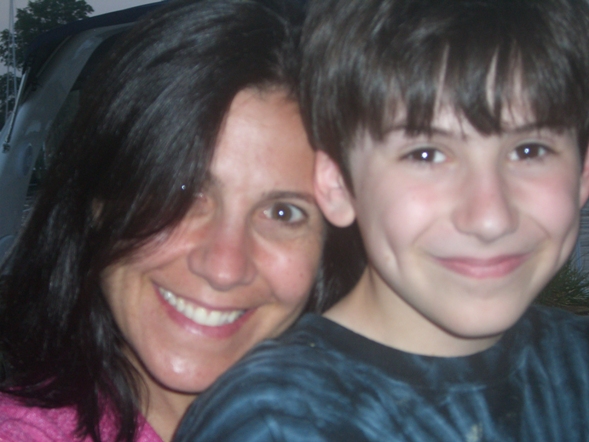 We had dinner at the Crab Claw. All of the kids went and checked out the live crabs before they were dumped into the boiling water.

We also went tubing and bike riding and I went for long kayak rides. Joe doesn't want to learn to swim or ride a bike. He kinda let on that he doesn't think he'll be able to keep up on bike rides and is scared of being left behind. I told him that I'd never leave him behind. Then he told me that he doesn't want to fall. I told him that everyone falls and usually you just get right up and start riding again. I explained how I had a big wipeout - on a pollen covered driveway - when we were in St. Louis but didn't get hurt and just jumped right back on my bike. 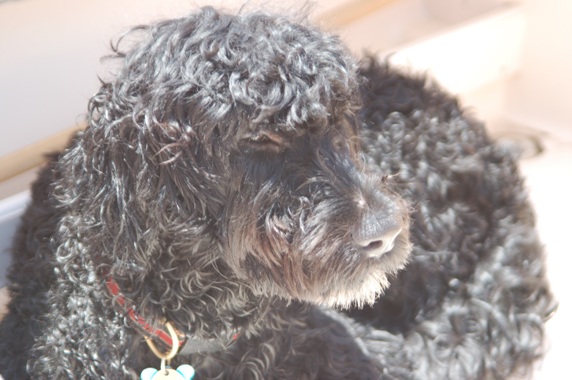 Aunt Tracy and Uncle Andrew got a new dog. His name is Vasco. He is a Portuguese Water Dog. Papa Sy named him for the Portuguese explorer, Vasco De Gama. He really doesn't like the water much, though. 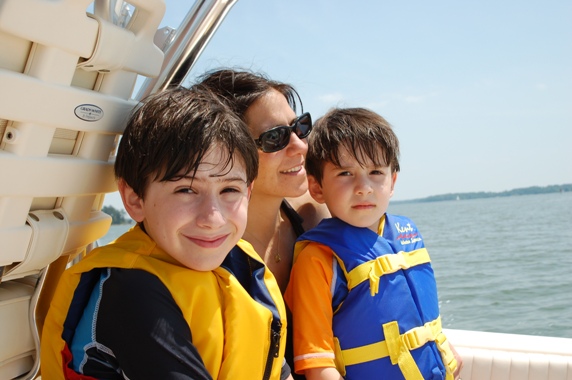 Papa Sy has a new boat. It goes really fast. The cousins, and Mom, did a lot of tubing behind it. Your cousin Sam had the biggest smile on his face. He couldn't get enough.

Sam and Jack and I rode to St. Michaels and back to the house a few times over the weekend. Joe rode on the back of my bike on this trailer thing. It is like a one wheel bike connected to my bike.

I started saying that it was a place where "inhuman" things were done to black slaves. Then I stopped because I realized that all of slavery is inhuman.

I then said how Fredrick Douglass is a famous slave who was sent to the owner of Mt. Misery by his "owner" because Frederick Douglass didn't want to be a slave and wouldn't submit to his master. Basically, Mt. Misery was a terrible place where a terrible person did terrible things to black slaves.

The fascination for Jack and Sam is the Secretary of Defense. He is a guy who works here in Washington and he is in charge of wars. Not a great job. Jack and Sam wanting to ride past there kinda reminds me how Aunt Jen and I and all of our friends used to go over to Denny McClain's house when we were kids. Denny McClain was a pitcher with the Washington Senators, and he lived a couple of blocks away from us in Bethesda. He had been a great pitcher for the Detroit Tigers - he was the last 30 game winner in baseball. Then they lowered the pitcher's mound and no-one ever one that many again.

Denny McClain fell on hard times and started taking drugs and selling drugs. That was after he left Washington. All I remember is him handing us and the neighborhood kids baseballs. That was so cool. He ended up in jail.

Well yesterday after we all rode to town, Joe and I went off and had a really nice ride, just the two of us. I like spending alone time with him and with Jack. I asked Joe to rhyme words.

Then he said, "how about 'Fart,' which he then rhymed with 'Pop Tart.'" He is a funny kid.

We rode up to the "poopy cows" as Joe calls them. The Vice President lives next-door to the poopy cows now. Here is a picture of him in the back of his house in St. Michaels with his dogs. It is an interesting coincidence that he lives next door to us in Washington and in St. Michaels. 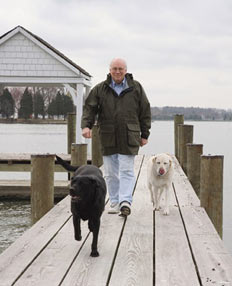 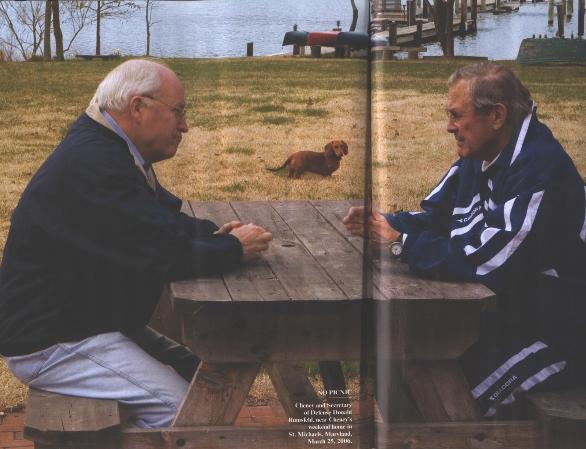 This is a picture of the Vice President and the Secretary of Defense at the Secretary's house on the creek in St. Michaels. I paddled past it in the kayak.

Uncle Bill said he saw helicopters overhead when he was sitting at the pool. It must have been either the Vice President or the Secretary of Defense. 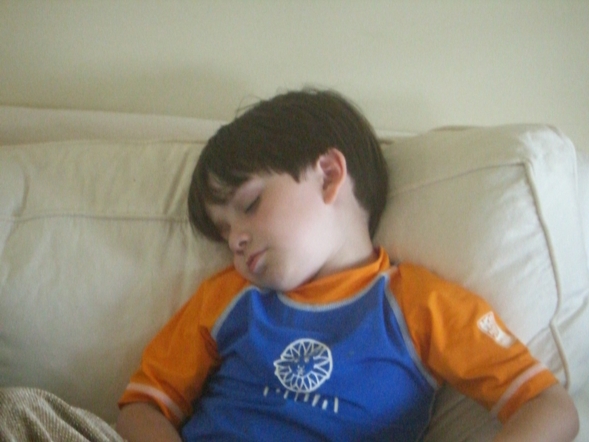 This is Joe passed out on the couch in the breezeway from having too much fun.

He is also going through a not-so-fun stage where he either doesn't listen to what we say or won't do what we ask him to do.

Last night on our drive back home Mom asked him to be very careful with the snow globe that he brought with him on the trip. It was a snow globe that Mom bought for you at the beach. Two seconds later he had broken it and was covered in liquid and glass. 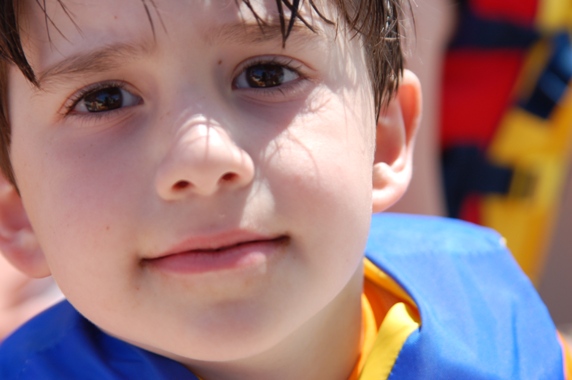 This is a photo that Mom took of Joe. It was taken the same day as the next picture. 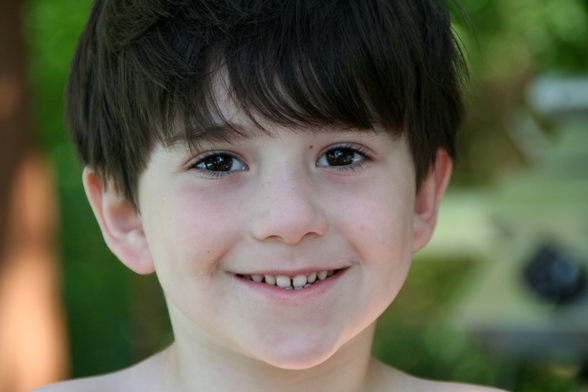 This is a photo that Uncle Andrew took of Joe. He looks different in this than any other photo I've seen - and totally different from how he looks to me. He looks more grown up.

We were sad for so many reasons. The biggest one is that this snow globe had special meaning. Mom told me how she had bought it for you back in August 2002. After you almost died and were hospitalized at Georgetown, Jack went down to the beach for a few days with Aunt Abby so we could focus on you. Mom didn't remember what we did with Joe.

When we felt you were going to be okay, Mom went down to the beach with Val and picked up Jack to bring him home. It was then that Mom bought the snow globe for you - and a stuffed whale for Jack. There was a penguin in the snow globe.

It is now sitting all drained of its snow with a very cracked glass globe. Of course, we were also sad because Joe could have hurt himself with the broken glass, and because he broke it right after Mom asked him to be extra careful.

It was Memorial Day and we learned of an interesting tradition they have in St. Michaels. They fire cannons. It was LOUD! 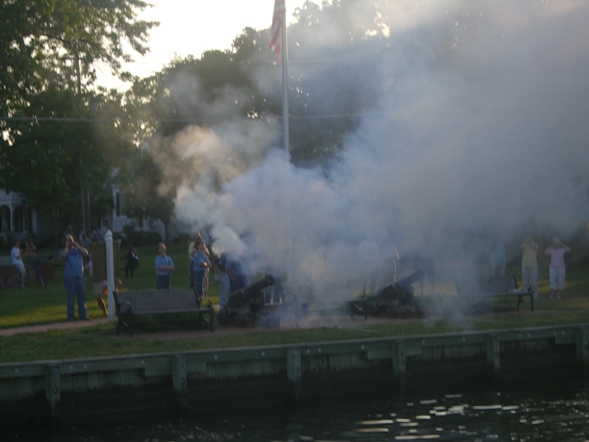 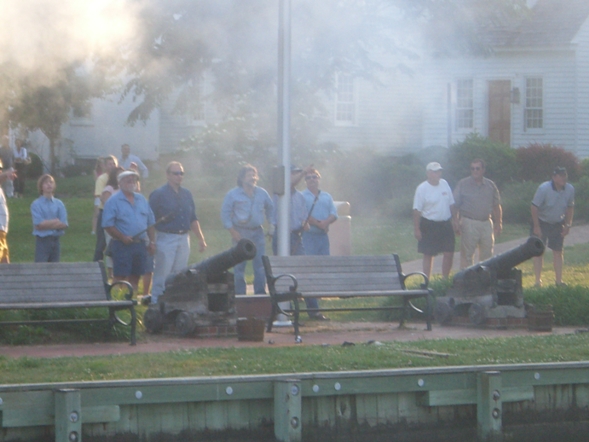 We went and visited with Aunt Alice and Uncle Peter at their new house. Wow. I wish you could have seen it. It is spectacular.

What was nice about this trip is that we ran into and saw friends and family all weekend. It felt like we were home.