I just cried for the third time in four days today. I am glad we are going on vacation next week.

On Sunday, we went to Papa Teddy's and that was hard. Then it got even harder as we watched ESPN and they had a segment on a boy whose Make A Wish wish was to be a coach for the day with the Philadelphia Eagles. I had to walk away. I couldn't take it.

Then yesterday, Mommy and Debbie Blum and I went to Children's Hospital in Philadelphia and together with these really nice people from a place called Jacobs Music gave a totally cool piano to the clinic there.

Two of the guys from Jacobs music are brothers who are about to lose their other brother to cancer. That is part of the reason they are helping Hope for Henry Foundation. He is supposed to die any day now. 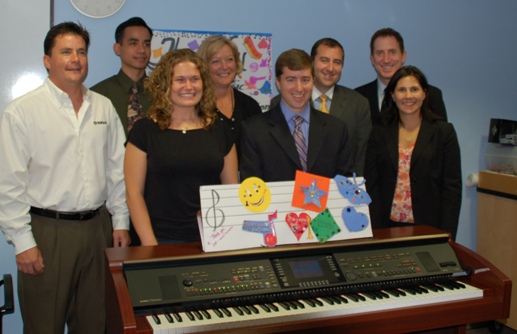 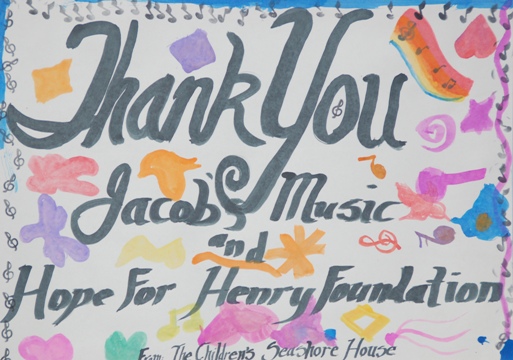 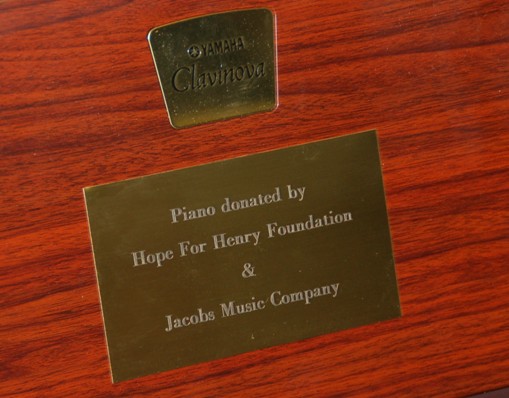 There was a boy in the music therapy room who was you. I watched him walk unsteadily into the room holding his mom's hand, and saw you walking down the hall in the clinic in Minnesota for the neurologist who wanted to check the neuropathy you had from the steroids and GVH. Or maybe it was after your brain surgery. I can't remember which.

I couldn't take my eyes off this kid. Unfortunately, he was you when you were not in a good mood. And I know that a lot of that bad mood is because of all of the steroids.

His name was Matthew. There were too many people in the room and just too much activity. He seemed okay before we all crowded in. But with all of the commotion he just kept his chin against his chest and stared downward.

It reminded me of when Superman came to visit you in your room at Hackensack. You wanted nothing to do with him. I felt bad on so many levels. 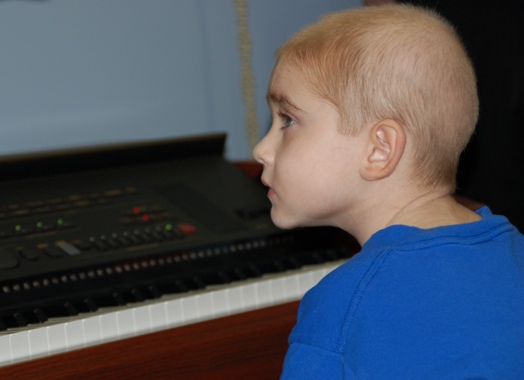 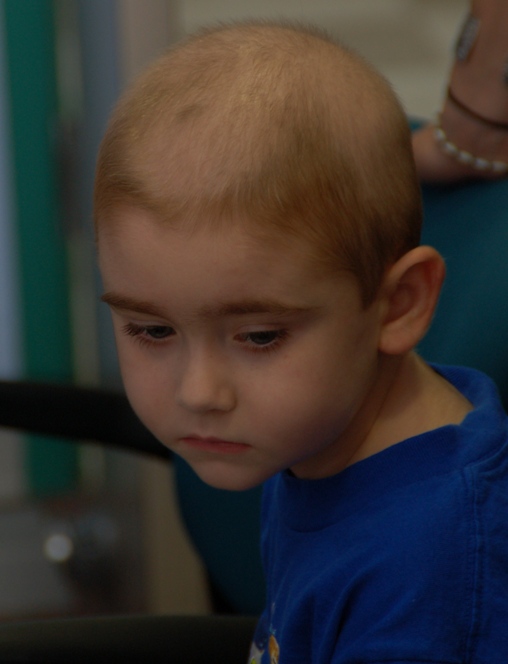 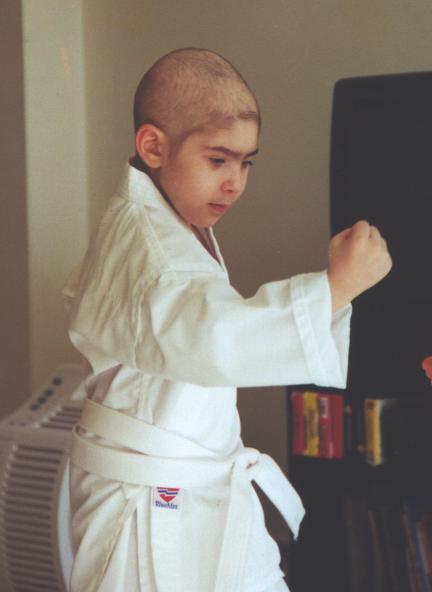 Everyone was very happy about the piano, but I just wanted to take Matthew away from that room and hug him. Luckily, he got off the piano bench after a while and just buried himself against his mom and then he walked off with his dad.

Which takes me to 5 minutes ago when I watched this video about another Matthew. I know Matthew's parents and they are really, really good people. Going through this once is enough. I cannot even imagine. It is interesting to see Dr. MacMillan. I wonder if she is still running. I remember that she runs marathons.

The shot of the Mississippi is right where Jack and I went down and skipped stones. Joe and I did that on Saturday at Seneca Creek Park after we dropped Jack off at Shadowlands. 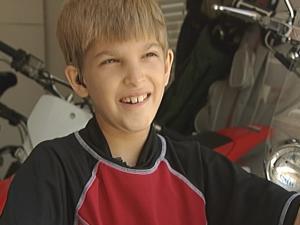 Minneapolis, Minnesota, where the calm of the water is overshadowed by sleepless hours for a St. Louis County family.

The University Of Minnesota Hospital-Fairview is a leader in the fight against Fanconi Anemia, a rare and vicious blood disorder that has left 9 year old Matthew Pearl fighting for his life.

His mother Diane said, "The medicine is like drinking Drano. It kills all the cells, and the cells are so sensitive at your mouth and bottom areas. That's the first place you start getting sore."

To prepare for transplant, Matthew is receiving transfusions which eliminate his immune system. "What's difficult about Fanconi Anemia is they don't repair their DNA well. So if you give them chemotherapy or radiation they can get really sick," according to Dr. Margaret MacMillan of the marrow transplant program in Minnesota. "In general, you give them a fifth of what you give a normal patient."

The side effects are excruciating. The pain is so unbearable at times that not even a mother's touch can make it go away.

This is the second time the Pearl family has undergone this kind of suffering. Daughter Alex underwent a bone marrow transplant for the same disorder five years ago. Her mother said, "Unfortunately, it gets worse before it gets better."

Matthew's father, Mark, is also at his bedside. Fighting back tears, Mark said, "When he's resting comfortably we've had some tremendous father-son time.

While the Pearl family prepares for Friday's bone marrow transplant, Matthew's friends are doing their part to show how much they care about him.

At home in Eureka, Matthew's baseball team skipped practice on Wednesday. Instead, they spent the evening shaving their heads in his honor.

Matthew will likely lose his hair due to chemotherapy and radiation. His teammates figured he shouldn't be bald alone. Of course, that didn't make going under the blade any easier.

Ford Viehman says, "I've been growing it out all summer and now I've got to get rid of it." Eli Schmidt says, "I just got this mohawk about a week ago, and I really don't want to lose it."

But they're prepared to make the necessary sacrifice, in honor of their good friend. Collin Fischer says, "He's like a brother to me. A brother from another mother."

The kids' coach couldn't be more proud. In fact, he thought it was such a good idea, he got his head shaved, too. He says, " We didn't push the kids and say this would be a neat thing to do. The kids said hey we want to do this for Matt."

The haircuts and the hysterics were all caught on tape. The team will mail it overnight to Matthew. They can't wait to hear his reaction. Collin Fischer says, "He's probably not going to say anything. He's just gonig to laugh his head off."

But more than anything, his newly bald teammates want to make sure Matthew gets their message. Fischer says, "That we're all with him and good luck."

His friends know Matthew has a difficult road ahead. They hope their support and their gesture will make him smile in the coming months.