We are on vacation in Rehoboth.

The lifeguards told everyone to get out of the water, and I thought it was because of the giant-sized jellyfish that were floating in. 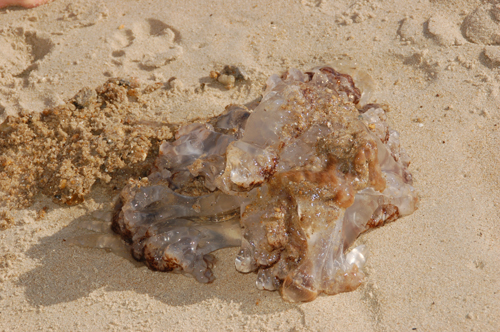 Mom took a picture of one that washed ashore.

But then someone said something about a shark and I looked out and there it was.

I saw a fin cruising around right near the shore and then it disappeared.

Unfortunately, by the time Jack, Joe and Mom got up to the water's edge the shark wasn't showing anyone his fin anymore. This was the only other shark sighting on the beach. 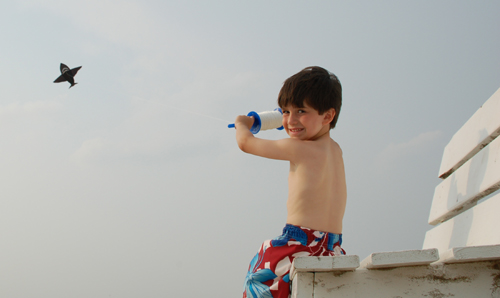 I went back in the water after the lifeguards said it was okay. I have seen it a million times on TV but this was totally different. It was a little freaky and scary, but mostly cool.

Rehoboth Beach Patrol cleared the waters on Sunday after reports of sharks in the water. Officials say it could have been a sand shark, a skate or a ray.

Captain Kent Buckson says they get sightings at least a couple of times a summer.

"We're going to be proactive and protect the public and pull them out for an extended period of time until we feel confident enough that whatever it was, sharks, skates or rays have moved on," Buckson said.

Buckson says if you see any kind of marine life in the water to remain calm and tell a lifeguard.

Portions of this story copyright —2006 by The Associated Press.