BLANCHARD — Huntur Newton shied from the spotlight on the day dedicated to him.

Classmates at Blanchard Elementary School celebrated Huntur Newton Day on Tuesday as a send-off for the kindergartner who'll undergo a bone marrow transplant to treat a rare kind of anemia.

"He said he didn't want to be in front of anybody (Tuesday)," Raelene Newton, Huntur's mom, said as her son eyed gifts presented to the family. 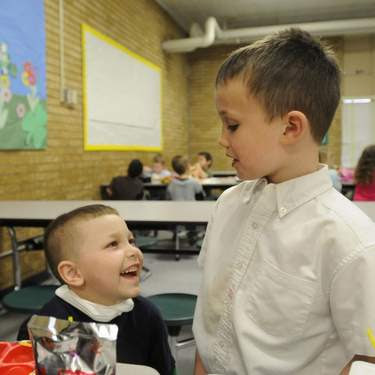 His younger sister, 4-year-old Madalyna, was less shy. She peered into a tent-like playhouse given to the family and jumped into a battery-powered Dodge Viper race car Huntur received during the assembly Tuesday morning.

Huntur has Fanconi anemia, an inherited condition that causes a host of physical problems. At its worst, the disease causes the body's bone marrow to stop producing blood cells. The disease also makes people more likely to develop cancer.

Estimates of the number of people living with the illness worldwide range from 450, the number registered with the nonprofit Fanconi Anemia Research Fund, to about 1,000 in a registry maintained by a Rockefeller University researcher.

"We told him he has sick blood and his sister is going to give him new blood," said Huntur's mom. "He's more concerned about having good food."

She and her husband, Cody Newton, have tried to give Huntur a normal childhood. A mask over his mouth and nose is the only concession to his upcoming surgery. He must be free of infection for the transplant to take place.

"We try not to baby him," Raelene Newton said. "For example, his scissors. He has a special pair of scissors because of a problem with his thumbs. But we got him to try regular scissors, and he uses those."

The Newtons said they're grateful for support from the community.

Pickett Industries will fly the Newtons to Minneapolis on Sunday and return to pick them up about three months from now.

Employees of the Caddo sheriff's office, where Cody Newton is a deputy, donated enough leave time that he'll be paid for the entire time the family is in Minnesota. 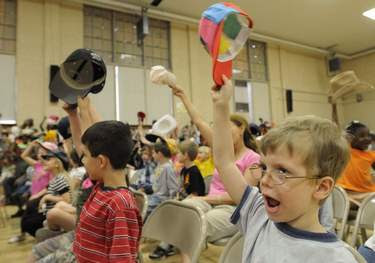 Individuals, organizations and the school have raised more than $8,000 in the past month to help with the family's medical and living expenses.

Delta Delta Delta Wish Upon a Star provided gifts based on Huntur's wish list for his family. Teacher Cindy Bickham. who heads up the organization, said it took some prying to get Huntur to come up with his own three wishes.

Fourth-grade teacher Frances Tyl and her husband donated a toolbox to be raffled, raising more than $4,000. "We knew we couldn't take this disease from Huntur, but we knew we could help by raising some money," she said.