Here is a news story about a kid, Tyler Jenkins, who has FA. The weird thing is they talk about how rare the disease is, but there is another kid Devin Fales, who has FA and if I am not mistaken, lives near Tyler's home. We drove through that area yesterday on our way back from Cleveland. Those parents should get together. 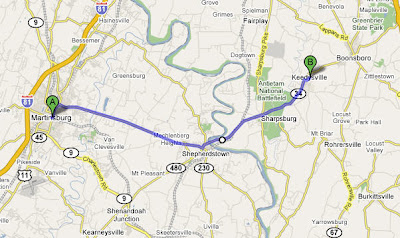 They are only 16 miles away from each other. Here is the last post that Devin's mom wrote.

April 26, 2008 at 09:54 PM EDT
Hello to anyone who still checks on Devin, thank you for being faithful. I don't have much to say because Devin has been very healthy.

He did get his second round of shot for the HPV vaccine so only one more to go. He will also finish he other vaccines in October. That will be two years after transplant, can you believe that. Last summer we still had to watch the activities Devin wanted to do but this year we have no limitations. Devin plays hard all day long, he was outside all day today playing. He never could have done that before, he would tire out so easily. we are in the process of looking for a good hearing doctor because Devin is having a hard time hearing. If you know of a good doctor please let me know. He has an appointment to see a dermatologist because he has two moles we want looked at, they have changed since transplant so we want to make sure they aren't cancerous. He needs to have his counts checked so when we get those back I will let you know how they are. Then the big thing is getting him to grow. This summer we are going to look into his growth hormones.

Devin went to his first drag race of the year friday night. He loves drag racing and he was excited to have the season start. Well not much else to report here. Thank you for checking in on Devin, sorry for the lack of posts but he is just doing great. Love from the FAles' family
That should give Tyler's parents some needed encouragement. Devin's parents should talk to Bob Sacks, Dani Sack's dad. When she was alive she had hearing issues. They live in Columbia, Maryland.

Tyler is going to be transplanted in Cincinnati. In the video, his dad is understandably upset, but they are doing what they can and also the right thing by taking him somewhere that has great Fanconi transplant expertise.

If his sister is a match, then he has a great chance to be okay. I definitely don't like the last line of the story. Seems pretty harsh.

Tyler looks strong. He'll come out of it all right - Just like Devin. 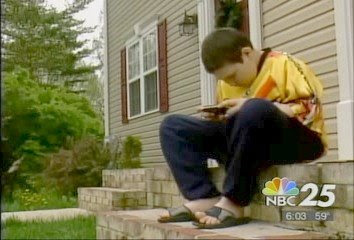 MARTINSBURG, WV – A little boy in Martinsburg is the victim of an extremely rare genetic blood disease.

There are only 3,000 cases of Fanconi Anemia worldwide; 1,000 cases in the United States, and in Martinsburg, there is one: 10-year- old Tyler Jenkins. 10-year-old Tyler Jenkins’s life has changed drastically.

Since he was diagnosed last month with Fanconi Anemia, a rare blood disease that affects the bone marrow, he has been pulled out of school and kept isolated from his friends.

“It makes me kind of sad because I don't have anybody to play with or anything,” said Tyler Jenkins, diagnosed with Fanconi Anemia.

There are several physical signs that Jenkins said their doctors didn't recognize. They always knew Tyler had deformed thumbs and skin discolorations. Still, learning the news was a shock.

“I can do everything in my power to make to try to make it better, but you know, only God knows what's going to happen, and I don't have no control over it, no matter how hard I try,” said Charles Jenkins, father.

It has been overwhelming for Tyler.

“It just made me really sad, and I just wanted to cry for the rest of my life until I got better,” said Tyler.

Tyler spends most of him time playing video games; one of the few things he can do that doesn't tire him out, while he waits for a trip to Cincinnati to visit one of only two hospitals in the U.S. that treats people with his illness. The Jenkins’ will have to pick up and leave for six-months while Tyler undergoes chemotherapy and radiation, a struggle for a family that lives week-to-week. 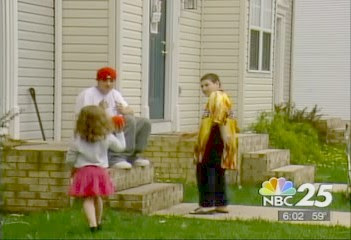 “We are pretty much just trying to get by-however we can,” said Jenkins.

While they have been working hard to raise money, the Jenkins said the disease is so rare and the bills are so high that it's difficult. No matter the cost, the Jenkins said they are in it together, even their five-year-old daughter who could soon be donating her bone marrow to her brother.

“He loves me, and I don't want him to get sick no more,” said the daughter.

In Cincinnati, Tyler will be kept in isolation and under constant evaluation. Doctors said depending on how the treatment goes, his life expectancy is anywhere from a few weeks to years.