I told you about Joe's response to me saying I had dropped the ball. Well here is something Jack said a few days ago which made me love him even more - if that is possible. 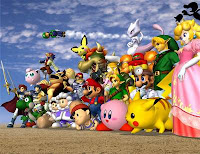 Jack was down in the basement playing Super Smash Brothers Brawl and I was in the kitchen cleaning up or something like that. Jack yelled up a question, and I said,

"I can't hear you, I have the Ramones turned up too loud."

And Jack climbed halfway up the stairs and said,

"Is that possible... to ever have the Ramones turned up too loud?" 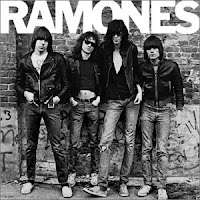 Either he is the coolest kid ever, or he is really good a sucking up. He has his own computer now and of course, Super Smash Bros. Brawl, so I gotta think he wasn't trying to butter me up.